Stages of Headship went through in the infer project 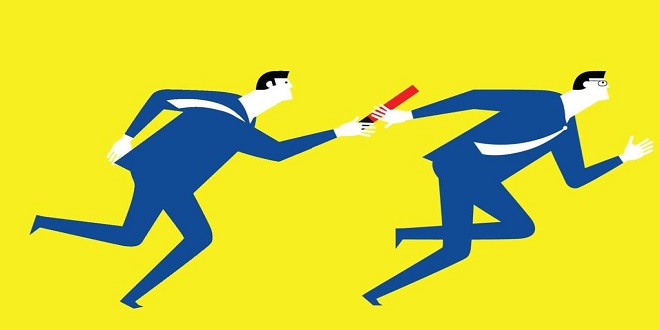 Stages heads went through in the infer project

New heads do not start with a clean slate, as some heads mistakenly believe. The shadow of ‘head teachers past’ hangs over and influences them for longer than they expect. The previous head had often retired, having been in post for a lengthy period, often 15 to 20 years. They had ‘shaped the school in their image’ and while this might be apparent in the form of structure, it was much harder to see the school culture they had forged. New heads were often surprised when they confronted existing routines, to be told, ‘that’s the way we have always done it’.

We asked the heads after ten years in post what advice they would give to a new head. We found that they put most emphasis on the importance of interpersonal skills and relationships, political power and teamwork – all factors imbedded in the school context. While formal study during preparation programmers tends to emphasize technical skills, the advice these heads offered after ten years on the job emphasized the skills and processes that Gabarro (1987) argued distinguished between those managers who were successful and those who were not:

1 Assessing the organization and diagnosing its problems.

2 Building a management team focused on a set of shared expectations.

Organizational cultures are created by leaders, and one of the most decisive functions of leadership may well be the creation, the management, and if and when it becomes necessary, the destruction of culture. Culture and leadership, when one examines them closely, are two sides of the same coin, and neither can really be understood by itself. In fact, there is a possibility underdeveloped in the leadership research that the only thing of real importance that leaders do is to create and manage culture and that the unique talent of leaders is their ability to work with culture.

Changing the culture of the school cannot be done easily or quickly, the NFER research shows that the ‘class of ’82’ had continued this difficult task.

A large body of work exists, drawn mainly from the non-educational sector, which proposes stage theories to explain the transition phases experienced by leaders. These theories commonly identify three main periods of organizational socialization. Hart (1993) provides the most detailed synthesis and critical analysis of the field, and the following is adapted from her work.

Parkway and Hall (1992) conducted a project in the USA modelled on the NFER research. They surveyed 113 new high school principals and carried out case studies of 12 throughout their first year in post. A return visit was made after three years. The authors derived a five-stage developmental model to describe the career patterns of new principals:

Transition to headship: stages of socialization

A problem with much of the previous research on organizations be they schools or businesses is the lack of a sufficiently long time frame to see all the phases or stages of development: hence the value of the NFER ten-year study. Gabarro’s work shows interesting parallels with the NFER study where the new heads attempt to ‘take charge’. But it is well known that public sector workers, such as the NFER heads, are more constrained than business managers in their ability to hire and fire, and the fixed nature of the school year and timetable delay major curricular changes. Nevertheless, the waves of changes described by Gabarro have great similarity to the way that the NFER heads introduced change. Another common finding was that internally appointed heads/managers tended to make fewer changes and to move more slowly than external appointees.

Whereas the NFER heads (1982–94) were able to introduce many changes internally, today’s head teacher has to manage major multiple initiatives which originate externally, while at the same time, attempting to integrate themselves and shape the culture of the school. It seems likely that primary heads can move through the stages more rapidly than secondary heads owing to the smaller size and the less hierarchical structures of primary schools. They are also more likely to move schools rather than stay in the same post for many years. Unfortunately, the NFER study had too few woman heads – about one in eight – to make a comparison between male and female secondary heads. This means that it is not possible to say how gender differences might have affected the various stages of headship.

Previous articleTaxes and More Taxes | Taxing Wages and Property
Next articleWho Becomes a Head and How Long Do They Stay?