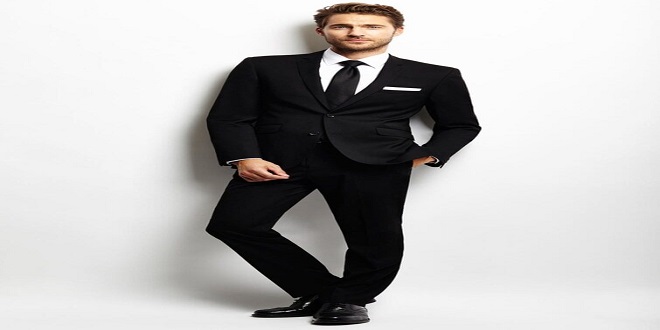 The “stroller” is a type of coat, and its name is generally given to the whole traditional outfit worn with it. Both the term and the fashion are most common in the United States. In the United Kingdom (and countries influenced by UK styles), most daytime events are treated as formal or business affairs, with no need for a middle ground. The stroller looks similar to men’s formal daytime attire, and most modern men won’t be able to tell the two apart at a glance.

Mostly it comes down to the quality of the tux and the other items you wear it with. For an actual black tie, everything should be black and white, with the possible exception of a single slight, colored accent like a boutonnière. Other than that, the “dinner suit,” as a black-tie is sometimes called, is not all that different from a modern business suit. It is essentially a matter of accessories, materials, and precision that turns it into a higher dress standard.

Of all the terms out there for dress standards, semiformal (in its hyphenated and unhyphenated versions) is probably the most frequently misused. The confusion arises from people’s perception of a dinner suit as “a formal outfit,” which leads them to conclude that it is formalwear and that semiformal must be more relaxed.

It is not uncommon for people to say “semiformal” on invitations when they mean “black tie optional” (where the main participants will be wearing a black tie, but guests may substitute a simple, dark business suit). In some cases, it may even be misapplied to still more relaxed events, where guests will be wearing dress-casual attire.

Be cautious when all you have to go on is an invitation, particularly to privately planned and privately-hosted events. If your state Senator is holding a “semiformal” dinner, they probably mean it; your cousin or your best friend from high school may not be quite as on-target. Enquire discreetly of the hosts or someone who worked with them on the planning if there’s any confusion.

Most of this style is interchangeable with morning dress. The main difference is the jacket and the shirt collar/necktie combination. In most countries that wear it (the United States, Germany, and Japan are the places where it is most common), semiformal daytime attire evolved as a slightly more convenient version of its formal cousin and has remained essentially unchanged ever since.

The Ultimate Guide for Dailywear and Fashion Earrings

What Font Should I Use? 5 Principles for Choosing Typefaces