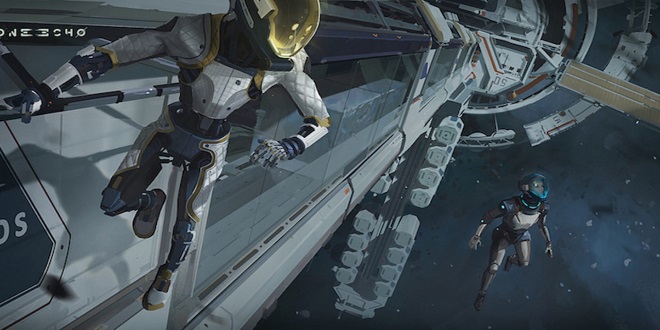 Skeletal landmarks of the leg

Durer has beautifully rendered the flesh of these females with an exquisite sense of their soft and supple forms while ensuring that critical skeletal landmarks, particularly in the legs, are also indicated to communicate a sense of solidity.

Farther down, you’ll find the skeletal prominence of the kneecap (B), which sits above the knee joint. The bump located just below the kneecap is the combined mass of the head of the tibia and a fatty pad (C) that protects the knee.

Master quick study of the leg

Michelangelo had knowledge of the human form like few other artists in history, which he gained from performing his dissections. Luckily you won’t need to perform any dissections to draw figures with the same sense of solidity as Michelangelo’s figures. His expressive use of light to model forms gives his figures the illusion of strength.

What remains is to refine the contours, ensuring that lines overlap correctly, depending on which form is in the foreground. The final shading layer should be descriptive of the form: curved lines for rounded shapes and straight lines for flat planes.

The Pyro character from Team Fortress 2 illustrates the leg’s strong opposing curves created by the flow of the antigravity muscles that you studied in Gravity and Movement (this page). Also, note the forward tilt of the pelvis indicated by the character’s beltline and the plane change that occurs at the knee, which has been incorporated exaggeratedly. Consider featuring such exaggerations in your designs because the resolution at which players may eventually view your characters may mean that nuance will be too subtle to notice.

The massing of the pelvis

The pelvis can be conceptualized as a tapered box form (A). The upper leg bones are inserted in the middle of the side planes of this box. Note that the pelvis volume is angled forward at around 45 degrees. Next, refine the box form with the contour of the iliac crest, the curved ridge that defines the top of the pelvis, and the downward sweep of the pubis on the front plane (B). Finally, the upward-facing plane on the rear side of the box form features a triangle along its centerline representing the sacrum (C), which marks the base of the spine.

Bones of the pelvis

When you look at these anatomical illustrations by Dr. Paul Richer, it’s easy to see why the pelvis is generally conceptualized as a tapered box form. The front view illustrates how the sides of the pelvis taper inward between the curved ridge that defines the top of the pelvis and its base. The anterior superior iliac crests are the two prominent skeletal landmarks that you can feel if you trace your fingers across your hips, roughly above the front pockets of your trousers. The socket into which the upper leg fits is visible in its central position in the side view. It faces out to the sides of the figure, not down.

Skeletal landmarks of the pelvis

The iliac crest wraps around the side planes of the pelvis from the back, marking the top of the form where many muscles from the ribcage and leg converge. These landmarks are easy to see in the annotated detail of the artwork.

The great thing about these skeletal landmarks is that they are not covered by muscle or significant layers of fat. As a result, they are identifiable navigation points on all body types.

The pelvis in games

Enslaved: Odyssey to the West: Trip the relatively hard-edged iliac crest, and the downward sweep of the pubis can be seen in contrast to the softer muscular form around Trip’s abdomen. The female pelvis is comparatively larger and broader than the male pelvis. The female body also tends to store more fat across the pelvis around the gluteus and sides of the upper leg, which softens the form of the pelvis and accounts for Trip’s rounded silhouette. The male body stores more fat above the pelvis, around the external oblique and abdomen, thus exposing more of its angular form.

Follow along by drawing the pelvis, head, and legs using simple lines. Your eye should be on the extremities, making sure the alignment of the ribcage and pelvis is correct. You can add the guidelines to the drawing for accuracy. Scheele has explicitly conceptualized several other body forms as simple shapes, which make the figure easier to draw. These include the circular shapes of the chest and lower abdomen, the latter defining the sweeping downward curve of the pubis. Once the dominant volumes are established, the remaining forms are easy to fill in.