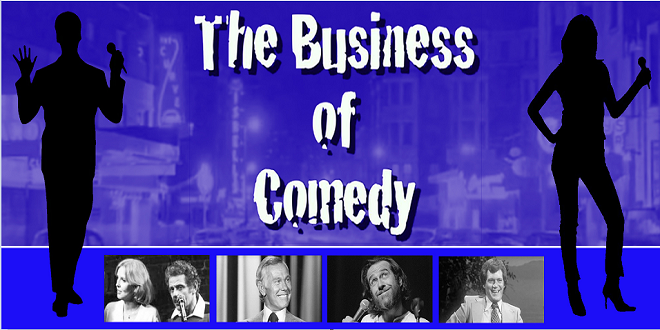 Although nearly all remunerated comics are dependent on booking agents, established performers are generally most dependent. Less experienced professionals in Canada typically rely on one agency to arrange most of their work as live entertainers. In descending order of size (stable of performers), these agencies are, for anglophones, Funny Business Productions (Yuk Yuk’s), Punchlines, and The Comedy Nest (Montreal).

The Juste pour rire organization has a booking wing that is the largest of its sort for Quebecois comics. Both language groups have several room managers and generalized entertainment agents who arrange bookings for small comics. However, some of these specialize in comedy, notably Zoe Stotland of Toronto, who has been on the scene since 1981, and more recently Chris Pongrac (himself a comic) and Glenda Fordham, the same city.

Agents strive to be good business people and profit by maximizing income and minimizing cost. Room managers do the same. Unfortunately, the drive for success sometimes collides with the comics’ drive to develop as performers and make a living with agents and managers. A good agent tries to ensure that their customer (for example, a manager) will live up to the contract between them, which sets out arrangements for wages, meals, lodging, transportation, and performance equipment (microphone, spotlights) for the comic.

Depending on what can be negotiated (a comic’s seniority often determines this), partial or complete coverage of food, lodging, and transportation costs may be written into the contract. An agent who knows stand-up – and some general entertainment agents do not – will also insist that their clients are equipped with adequate lighting, sound system, and performance space. The good agent will go to bat for the comic if a customer defaults on a clause in the contract. In short, this agent tries to serve the performer who pays their fee.

The language barrier ensures that there will be little or no competition between Anglophone and francophone agencies for bookings. Within each community, however, competition is frequently intense. Although scattered around the country, agencies try to book from coast to coast. As a result, they must keep their comics employed to retain them exclusively within their stable. To do this in art where each performer temporarily saturates the local market calls for arranging work in the local needs of other agents. The larger it’s stable – the more comics to find work for – the more an agency feels competition from other agencies pursuing the same goals in a sphere of limited employment.

From interviews and after-hours talk in green rooms, it is clear that cynicism and pessimism about the future of stand-up run high in Canada. One senior comic cited comedy’s gatekeepers as the main reason: People in those positions – talent scouts, room managers, booking agents – are not people with any talent, to begin with. And they are in charge of judging who is talented. That’s my pet peeve. You’re always going to run into that where they don’t know.

And sometimes, when you see somebody making it, it’s just such a fluke. Yet, incredibly, anybody gets.’ Public attention at all with all the obstacles of these … people who are interested only in their power and structure. Do you know what I mean? And they’re so paranoid because if they have a terrible act on their show, then somebody says, “Who hired this guy?” And their jobs could be lost. So they are terrified… There’s a lot of people who don’t know what they are doing … It’s that business part of show business.

Thanks to sure of these comics and specific talented agents and room managers, the comedy business will likely outgrow some of its present problems – identifying talent, establishing fair wages, creating proper working conditions, developing a free labor market, and so forth. The art is new and in the process of finding its way. In the meantime, there is the reality of an artistic occupation to endure. That reality is the gauntlet of dues-paying through which each aspirant must run to succeed. That, too, is show biz. In Canadian stand-up comedy, the road to stardom is full of potholes and frost heaves.

Why Are Bagsmart Tote Bags Important?