Agrigento and Selinunte, Sicily vs. the Acropolis, Athens 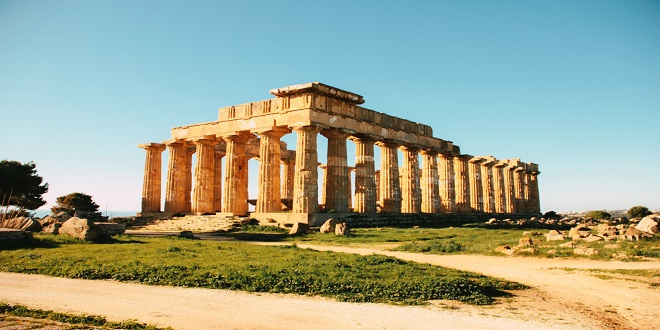 The Acropolis in Athens, built during the Greek Golden Age (500–300 BC), is such a dominant icon today that many other fine Hellenic sites are often overlooked in its favor. More than 100 years before the Acropolis was built, the cities of Sicily were the richest and most significant in all of Magna Graecia (Greater Greece). It was here that the first large-scale temples were erected, and they can still be seen on the southwest coast in Agrigento’s glorious Valle Dei Templi (Valley of the Temples) and at Selinunte.

The word “acropolis” means “high city” in Greek, and most ancient Greek cities had a dominant, defendable upper town. But the monument in Athens, which sits on a rock that towers 490 ft (150 m) above sea level, is so well known that it is referred to as the Acropolis. Its main buildings, including the Parthenon – a temple to the goddess Athena – were built in the 5th century BC when Athens was at the height of its power.

Like many famous landmarks, the Acropolis suffers from the danger of over anticipation, and romantic Hellenophiles may imagine it without tourist buses and crowds or the surrounding chaotic city, but this is not the case. And what you see when you get it isn’t all-natural. For example, the sculptured figures on the Erechtheum (a temple just north of the Acropolis) are copies, and of course, the fascinating Parthenon frieze is nowhere to be seen – it has long been housed in the British Museum.

Getting There and Around

The airport in Palermo, Sicily’s capital city, receives international flights at regular intervals. It is 130 miles (210 km) from the airport to Agrigento and 125 miles (200 km) to Selinunte. If you are traveling by car from Messina, the port for ferries across to mainland Italy, it is a 260-mile (420-km) trip to Agrigento and a further 60 miles (100 km) Selinunte.

Pretty Via Panoramica Dei Templi near Agrigento has several good restaurants. Trattoria dei Templi (tel. +39 0922 403110) is one of the best. Marinella de Selinunte, near the Selinunte ruins, has a fresh fish dish at the charming, authentic Ristorante La Pineta.

Summer can be ferociously hot, so visit in Mar-Jun or Sep-Oct.

Budget per Day for Two

US$375, including rental car, food, accommodations, and entrance fees.

The acropolis, rhodes city, RHODES This 2nd- to 3rdcentury-BC acropolis has an excellent location in the city center and comprises a temple, stadium, and small theater.

Empúries, catalonia, spain A Greek sea wall in the middle of the Gulf of Roses flag is this ancient trading settlement founded in 575 BC and later occupied by the Romans.

Assos, behramkale, turkey on moonlit nights, romantics head for the Tempio de Athena, overlooking the sea, at this former Greek colony founded by the islanders of nearby Lesbos.

Cyrene, cyrenaica, libya One of the most essential classical cities in North Africa, Cyrene, which gave the eastern part of Libya its name, lies away from the coast in a fertile valley.

Previous articleA Design Is Only as Deep as It Is Usable
Next articlePula Arena, Croatia vs. the Colosseum, Rome