So You Think you’re Funny 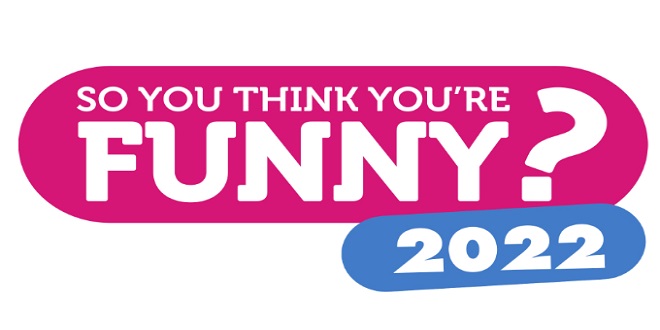 In entertainment, a career is the passage of a person through stages that carry them into and through amateur status and possibly on to a professional level. The job includes adjustments made to and interpretations of the contingencies and turning points encountered in each stage. We are accustomed to thinking of career continuity as the accumulation of rewards and prestige. But continuity can also involve retrogression. In entertainment, as in some other vocations, people may reach performance peaks after which importance and tips diminish as the limelight shifts to younger, sometimes more capable performers.

Common thought holds that the early career of all stand-up comics is affected by two contingencies: a tension-filled childhood and adolescence during which they were either the class clown or the life of the party or both, both being manifestations of psychological problems. Our sample does not always conform to this image. Let us examine some of the interview data.

The class clown and life of the party contingencies are more accurate. Fifty-nine percent of the professionals and 81 percent of the amateurs reported being identified in these terms, or at least as witty, by their high school and post-high school friends. The present data do not explain the difference between the professionals and the amateurs. But one thing is clear – an age difference cannot explain it among the respondents. Their average ages at the time of interviews were nearly identical, 27.2 years for the amateurs and 27.8 years for professionals.

The amateurs and professionals of this study were much alike in socioeconomic background. For example, they had the same educational profiles. All but five of the fifty-seven respondents graduated from high school. Thirty-four, or 60 percent of the overall sample, either completed an average of two years of university or worked toward or completed a trade or technical school program. Fourteen percent (8 respondents) held a bachelor’s degree.

Other than stimulating would-be comics to look for better work, occupational and socioeconomic background were, in most instances, unrelated to the respondents’ discovery of the comedy club. Only a few, such as Tom, worked in the industry or near it, in film, radio, television, acting, or entertainment. Instead, most, especially amateurs, heard about comedy clubs and comics from friends and acquaintances.

Their first live comedy show was an actual turning point for many comics in this study. By this time, everything was in place. Their lives had been affected by the personal, educational, and socioeconomic contingencies mentioned earlier. They were searching for an exciting career to replace an uninteresting one. They had a penchant for humor. And now they had friends who were saying that they, too, could be comics. Not every member of the overall sample fits this pattern, to be sure, but the majority do.

Unlike many other entertainment fields, stand-up comedy draws performers comparatively late in their lives. The average age of professional respondents at the time of their first amateur act was slightly over twenty-two and a half. The average for amateurs was almost exactly twenty-five. Teenagers are rare in this art, although people as young as fourteen or fifteen have been seen in clubs. The present sample includes an amateur who started at seventeen and three professionals who started between seventeen and nineteen.

Getting started in Quebec

For reasons considered, stand-up comedy as an identifiable art arrived late in Quebec. At present, most of those who identify themselves as professional stand-up caciques entered their careers from quasi- or mixed stand-up or some other variety art. Performers such as Vons Decamps, Marc Favreau (Sol), and Jean LA pointe are seasoned variety entertainers with long histories as mimes, monologists, and sketch players, among other talents. In recent years they have added stand-up routines to their repertoire. As they talk to their audiences between songs, several famous Quebecois singers have discovered that comedy has an appeal at least as great as their music. They, too, have begun to drift toward the stand-up comedy stage. Guy Crepe au and Serge Turbid exemplify this trend.

Nonetheless, suppose they are not entering stand-up from a related variety of art but are coming directly to it, like nearly all their Anglophone counterparts. In that case, young caciques must somehow find a way to develop their material and their ability to present it. Here I lack systematically collected data. Since there are no amateur nights in the French Canadian entertainment world, early-stage experience appears to accumulate on a hit-or-miss basis. It seems that the first stand-up performances of young Quebecois caciques occur in high school, CEGEP, or university. Or they are given before groups of friends and perhaps at general, amateur talent nights in a neighborhood bar or lounge.

Next articleFocusing On What You Do Best